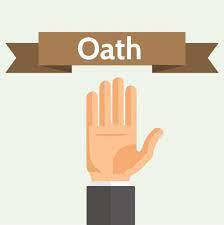 Board Special Meeting - Oath of Office

On Thursday, January 12th, the newly elected 9-member school board will take their oath of office in a special board meeting set to take place at 6pm.

This is the induction ceremony for all nine-members as the new four year term began on January 1.

The public is invited to this special called meeting. The first regular board meeting of the year will take place on Thursday, January 19th.